This issue number 76 of Jacquard opens with a fascinating exemplar of a 17thcentury quilt of Indo-Portuguese origin. Then we have two substantial articles ushering us into the world of costume. The first deals with the creations of the designer Franca Polacco, who used the art of embroidery to adorn and embellish her creations. The second describes a very important experience which shows how textiles – in this case knitwear – can be used to develop important projects, giving rise
to the creation of original articles of clothing. This is followed by the second
appointment with the Aemilia Ars lace, tracing its progress from after the
Second World War to the present. Fiber Art expressed using the tapestry technique is illustrated by several Serbian works from Atelje 61.
The “Unusual” column presents four exemplars of the small screens used to protect delicate complexions from the heat of the fire, while a new column “Textiles in Literature” introduces us to literary quotations in which textiles play a lead role. The contributions of this issue are then completed by two reconstructions of costumes from the paintings of Palma the Elder, and the origin of the “Pigna” velvet in the catalogue of fabrics created by Giuseppe Lisio.

An Indo-Portuguese Quilt dating to circa 1630

From embroidery to finished gown. Notes from collections designed by Franca Polacco

Knitwear as Design: Reconsidering the Vanguards. Personal and Teaching Experience

Aemilia Ars needle lace today. Not just a pastime, but a profession

“Unusual”. Protection from the glare of the fire: the textile écrans à main

Two new reconstructions of historical gowns on show in Bergamo 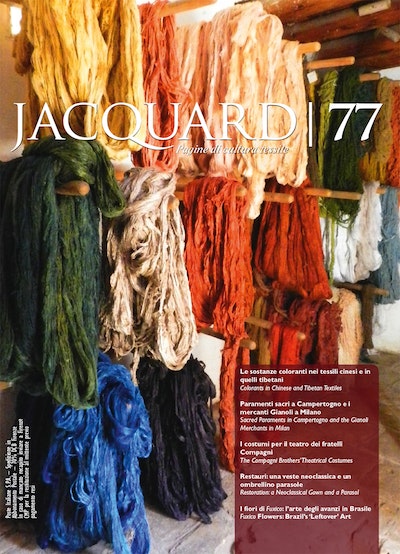 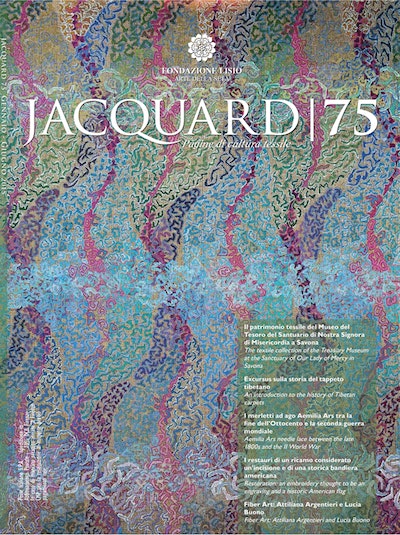 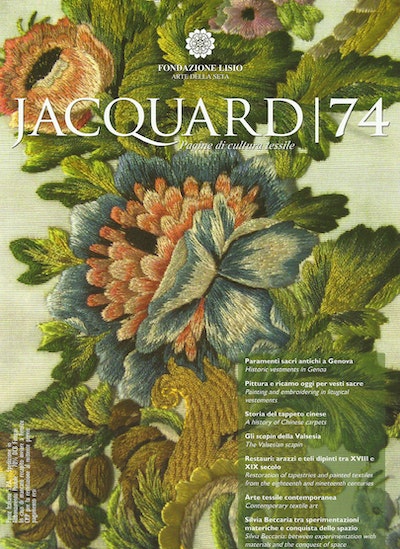