This issue opens with a 16th-century palio banner sewn of solid-colour cut velvet, conserved at the Museo dell’Opera del Duomo in Siena. These  creations can be sorted according to function as awards and as votive offerings; their history, documentary and material evidence, and comparisons combine to help us understand  their importance in the past and in terms of what they still represent for the city.

Rome’s Museo delle Civiltà, instead, is home to a selection of Chinese textiles  from the more extensive collection amassed by Henry of Bourbon-Parma, Count of Bardi (1851–1906), during his 28-month round-the-world trip in 1887–1889. Partly scattered and partly divided up among various public and private institutions, the collection is still of great ethnographic interest and will constitute the foundational nucleus of the future Museo d’Arte Orientale of Venice. The article in this issue presents a review of a small series of textile materials, the art and workmanship of which are typical of the imperial China of the mid-to-late 19th century.

The monthly magazine Fiamma Viva, of clearly Christian matrix, debuted in 1921 in Milan. Its pages delineated a model for young women that had a transversal appeal for a broad spectrum of female readers. The fashion column reflects a dualism balanced between modernity and conservatism, between elegant Parisian stylings and a more sober national couture promoting fashion for any pocketbook.

Card weaving, a technique that developed over a vast area from the Mediterranean to the Near and Far East, is discussed in an article that compares the points of view of two ethnologists, Arnold Van Gennep and André Leroi-Gourhan.

Finally, we  listen to the voices of two master weavers. The first is the young artist/artisan Elena Sueri who, at her workshop, combines weaving and tailoring skills with passion for her work and her materials and a keen eye for the environment; the second is artist Barbara Jansen, for whom textile art is a tool for penetrating and exploring the world of nature.

And we are closing with two celebrations of Doretta Davanzo Poli, a pillar of textile studies who will always be with us in memory.

The Palio of the Sienese

The collection of Henry of Bourbon-Parma, Count of Bardi 81851-1906). Chinese textiles at the Museo delle Civiltà of Rome

Fiamma Viva and the 1920s: Faschion an Ideological Contaminations for Young Christian Women

Ribbons and Strings. The Tangled Threads of a Hybrid Technique, or Card Weaving, According to Arnold Van Gennep e André Leroi-Gourhan

"Young Artists/Artisans in Their Own Words"

Jacquard Weaving in Florence: Inspired by Nature. An Artistic Exploration on a Historical Jacquard Loom

To Doretta Davanzo Poli: A Tribute

In Memory of Doretta Davanzo Poli 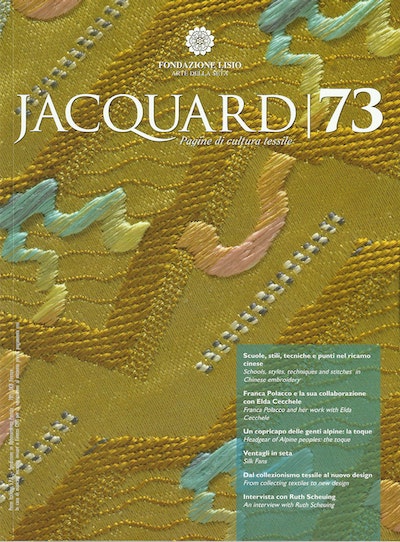 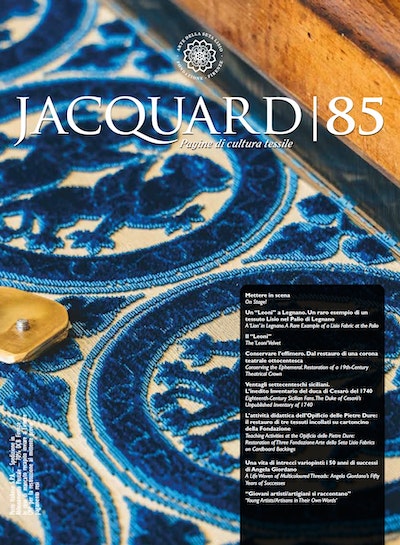 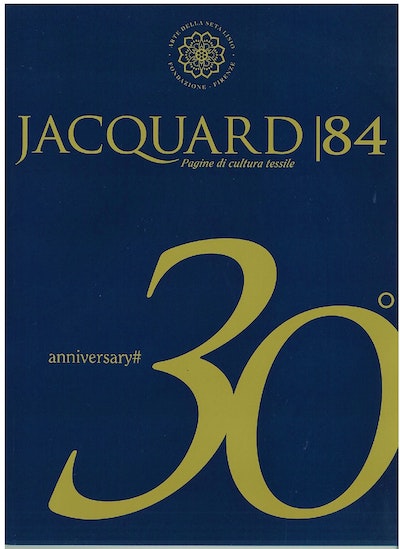