The seminar will be an opportunity to understand and analyse the procedure for creating a costume for the performing arts. A succession of important steps is followed by the costume designer, such as identification of the objective, research, the creative idea, study and research of materials and techniques, the project, management, creation, and final construction. Through the choice of a specific text from a well-defined period, a concrete demonstration of the steps involved will be offered.

In 2020, Annamaria Heinreich will be one of the protagonists of the Two-year Course “Historic Tailoring and for Pegeant and Performance” at the Fondazione Lisio, in her role as teacher at one of the five quarterly 60-hour workshops during which she will impart all her experience for ensuring qualified training.

in LIVESTREAMING via ZOOM

AT THE END OF THE COURSE
Certificate of attendance

ENROLLMENT
To register, please send the enrollment form to the email address didat@fondazionelisio.org ; then pay the fee by credit cars through the form at the end of the page

or pay by  offline payments

LIVESTREAMING
The seminar will be available by online video platform Zoom. You need to have a device with internet working connection. The webinar is provided in Italian languange.

Renowned costume designer Annamaria Heinreich was born in Vienna where she graduated from the Fashion and Costume Academy. She studied French Art and Literature and began her career in Italy working with Lele Luzzati and Santuzza Cali. In recent decades her work as a costume designer has alternated between theatre, opera and cinema in Italy, Europe, and the USA.

In the world of theatre, her most significant productions have been with Peter Stein: from the Faust Ensemble at Berlin Pancomedi to The Seagull for the Edinburgh Festival, The Broken Jar for the Berliner Ensemble and The Demons by Dostoevskij. Her intense collaboration with Peter Stein also included opera with costumes created for Tat'jana at Teatro alla Scala and Parsifal at the Salzburg Easter Festival. She worked with French television in the series, Marie Curie and La vie de Chateaubriand, and with Italian television for an episode of Esercizi di stile, directed by Mario Monicelli, and Capitan Cosmo with Walter Chiari. For the cinema she designed costumes for La Donna della Luna directed by Vito Zagarrio, Lettera da Parigi with Lucrezia Lante della Rovere and Irene Papas, and Viola with Stefania Rocca, directed by Donatella Majorca. 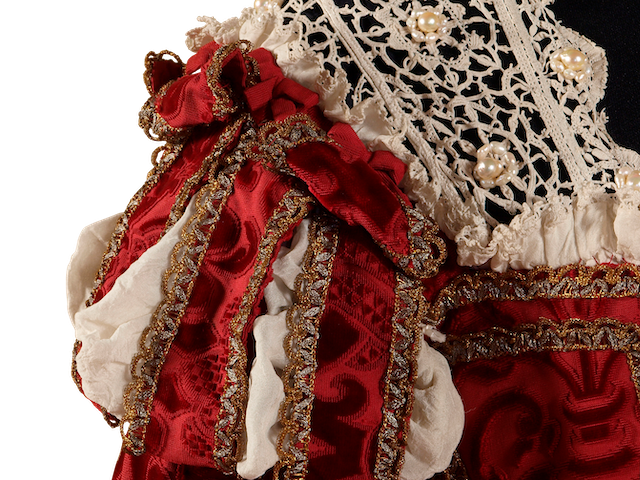 In 2020, Annamaria Heinreich will be among the protagonists of the Two-year Course “Historic Tailoring and for the Performing Arts”, holding the 60-hour “18th century” workshop in the 3rd quarter, during which she will impart all her experience for ensuring qualified training.